In-space transportation provider UARX Space announced that the first flight of its OSSIE (Orbit Solutions to Simplify Injection and Exploration) orbital transfer vehicle (OTV) is scheduled in early 2023. The company has been developing the vehicle for the last 18 months in collaboration with several companies and institutions around Europe, including DLR, the German Aerospace Center, after signing a cooperation agreement in past February. OSSIE is capable of transporting up to 400kg of CubeSats and other small satellites and utilizes green propellant thrusters to transfer its payload to the target orbits. After launch into a traditional LEO orbit, OSSIE's customers can be injected into a variety of orbits including GTO and Lunar transfers.

OSSIE is the first member of a family of vehicles being designed by UARX to transport customer's spacecraft to a variety of in-space destinations. All these vehicles will take advantage of a new CubeSat deployer developed by UARX. The Reliable and Advanced Mission Injector (RAMI) is designed to support long-duration missions and therefore incorporates communication and power supply ports for the CubeSats. In order to support the most advanced CubeSat systems, RAMI can accommodate protrusions between 15mm and 20mm beyond the CubeSat walls.

"CubeSats have evolved over the years, and externally mounted components are requiring more space, especially for complex missions. We wanted to provide our customers with the extra volume their spacecraft need," said Yanina Hallak, chief executive of UARX Space. "RAMI is currently the most advanced deployer available."

"The capabilities of our vehicles are not limited to just CubeSats but also to carry hosted payloads, PocketQubes, and small satellites that use standard 8" and 15" clamp-band style separation systems," Yanina said. "All our vehicles are modular and scalable and can be used for different scenarios, so customers are welcome to discuss their needs."

"We're thrilled to announce RAMI, our Reliable and Advanced Mission Injector, that offers our customers' spacecraft the possibility to communicate and charge batteries during flight," said Andres Villa, chief technology officer at UARX Space. "Our customers will benefit not only during long interplanetary flights but also when delays occur on the launch that can potentially leave CubeSats unattended for months while already integrated."

A first de-risk mission is slated in 2022 and will be launched on a SpaceX rocket. UARX's systems are compatible with most launch vehicles and the company is currently planning future missions to be manifested in a variety of rockets. UARX is also developing its Lunar Cargo Services (LUCAS) vehicle to deploy spacecraft in orbits around the Moon and it is designing OTV concepts for interplanetary missions. "Our main goal is to provide transportation services to the moon and deep space. OSSIE will set the basis for our next transportation system, LUCAS," said Andrés.

"Interplanetary rideshare missions are going to be the next transportation challenge for small satellites," said Dr. Jordi Puig-Suari, co-creator of the CubeSat standard and technical advisor at UARX Space. "We must look at the evolution of Small Satellite transportation systems in Low Earth Orbits to prepare for what's coming for the Moon and Mars."

UARX Space is a Spanish in-space transportation company providing rideshare and dedicated launch services for CubeSats and small satellites. The company was founded in 2020 by Yanina Hallak and Andrés Villa, both alumni of the California Polytechnic State University in San Luis Obispo (Cal Poly SLO), worldwide known for being the home of the CubeSats. The UARX Space Team is formed by interdisciplinary professionals with experience designing satellites from 1 to 3,500 kilograms. UARX Space's areas of expertise include structural analysis, thermal analysis, project management, systems engineering, critical onboard software, operations, assembly, integration, and testing, among others. UARX Space has become the first Spanish company to develop a CubeSat deployer and orbital transfer vehicles. UARX Space headquarters is located in Nigrán, Galicia, Spain, and has an office in Mar del Plata, Argentina.

For more information, please visit: www.uarx.com or send an email to media@uarx.com. 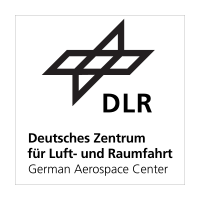 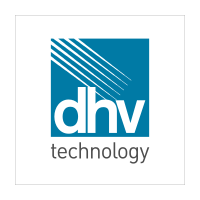 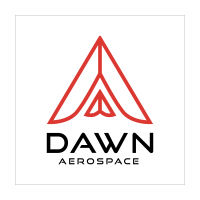